Machu Picchu It is situated on a mountain ridge above the  Sacred Valley which is 80 kilometres (50 mi) northwest of Cuzco and through which the Urubamba River flows. Mostarchaeologists believe that Machu Picchu was built as an estate for the Inca emperor Pachacuti (1438–1472). Often mistakenly referred to as the “Lost City of the Incas” (a title more accurately applied to Vilcabamba), it is the most familiar icon of Inca civilization.

The Incas built the estate around 1450, but abandoned it a century later at the time of the Spanish Conquest. Although known locally, it was not known to the Spanish during the colonial period and remained unknown to the outside world before being brought to international attention in 1911 by the American historian Hiram Bingham. Most of the outlying buildings have been reconstructed in order to give tourists a better idea of what the structures originally looked like. By 1976, 30% of Machu Picchu had been restored; restoration continues today

Machu Picchu was declared a Peruvian Historical Sanctuary in 1981 and a UNESCO World Heritage Site in 1983. In 2007, Machu Picchu was voted one of the New Seven Wonders of the World in a worldwide Internet poll. 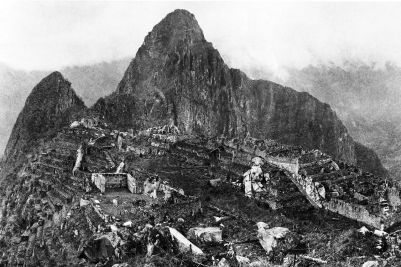 Terraced fields in the upper agricultural sector in Machu Picchu

Temple of the Sun or Torreon in Machu Picchu

View of the residential section of Machu Picchu 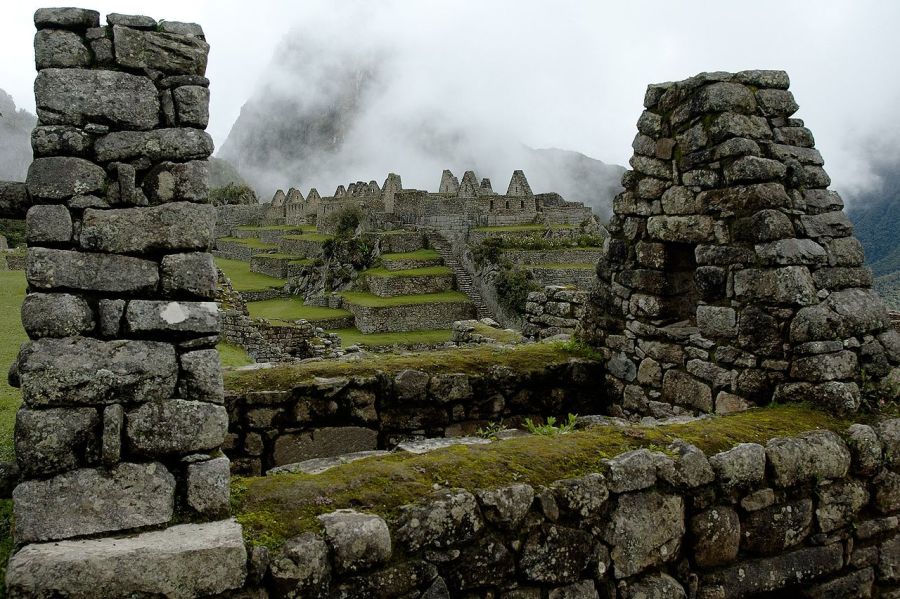 The Inca Trail to Machu Picchu (also known as Camino Inca or Camino Inka) consists of three overlapping trails: Mollepata, Classic, and One Day. Mollepata is the longest of the three routes with the highest mountain pass and intersects with the classic inka trail route before crossing Warmiwañusqa (“dead woman”). Located in the Andes mountain range, the trail passes through several types of Andean environments including cloud forest and alpine tundra. Settlements, tunnels, and many Incan ruins are located along the trail before ending the terminus at the Sun Gate on Machu Picchu mountain. The two longer routes require an ascent to beyond 4,200 metres (13,800 ft) above sea level, which can result in altitude sickness. 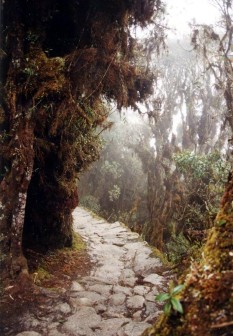 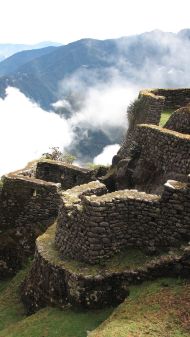 View all posts by visit2peru

One thought on “Machu Picchu”